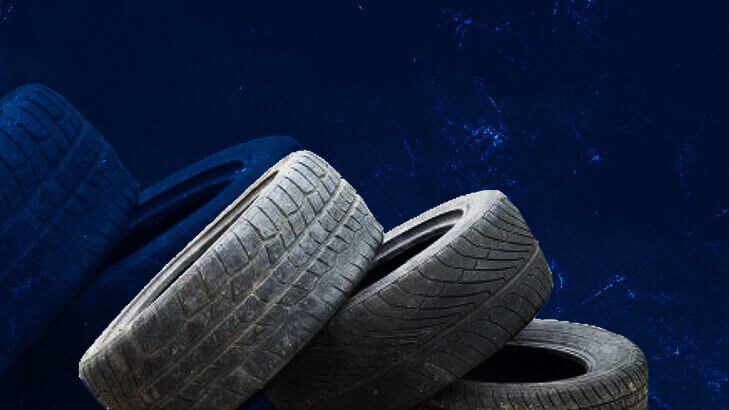 Buying second-hand stuff is a common phenomenon. Tyres are also one of the frequently bought second-hand items. In fact, many people prefer to used tyres. The price of used tyres is way lesser than the new ones for sure but are the savings more important than one’s life? Possibly not! This is the consequence of the highest intensity but there are other significant reasons to avoid buying tyres that have been previously used.

The biggest reason for the trend of launching used tyres for sale was the level of difficulty in recycling the tyres that are used. It is necessary to understand that gone are the days when tyres were a headache because of the non-biodegradable components used in them. The resilience in the tyres made the process of recycling difficult in the past. The latest technology of the vulcanization and pyrolysis enable recycling in spite of challenges.

You May Also Like: Uncontrolled Use Of Old Tyres For Pyrolysis In India, Says ATRA

Tyres are surely durable articles and they must be used to the fullest extent but the potential threats of accidents with used tyres must be considered. The most important is to develop insight regarding the right time to use the right tyre. Suppose, one feels the need to buy new tyres because of the wet roads that occur due to rainy season; it poses a reasonable risk of slipping.

The idea is to buy the new tyres but keep the old tyres to be used again when the season is favourable. This is how the cost of the tyres will also be validated and the resource must be utilized completely without getting wasted. The owner of the tyre is also aware of the actual condition of the tyre, therefore you should not sell it and put a threat to others’ lives. You would be amazed to know that around 30 million used tyres are bought every year.

The tyres lose their tightness on the inside chords when vehicles are run with underinflated tyres. This is common with most of us. Therefore, the tyre that looks robust from the outside reveals a different story on the inside. Used tyres often come with bumps and cuts if the buyer is not aware of its consequences. The tread depth is the V-shaped grooves that are responsible for bringing resistance while driving at high speeds on wet roads. The death of the tyres that are used is surely lesser and therefore it causes a potential threat of slipping on wet roads.

The framework of chords in the tyre provides it with the required strength. This network of cords is called as the carcass. These chords are perpendicular to the tread. It means it should not be visible. But it is in a used tyre. The problems caused because of exposed chords are inappropriate air pressure, vibration while driving, mismatch in the alignment of the tyres. The tyre buyer has to compromise with the contour and shape of the tyre and the track traction is also lesser. Traction enables the forward movement of the vehicle by implementing resistance between the ground and the tyre.

There may be rubber missing from the bead of the tyre. A tyre bead is the edge of the tyre that is in direct contact with the wheel. Looking for a puncture in the tyre may not look really feasible because the buyers believe that the tyre cannot be punctured when it is up for sale. But used tyres have shown the trend of getting punctured even if they are kept for long an attended or unused. Therefore, nobody intends to sell a punctured tyre but a tyre may suffer on its own.

The above-mentioned issues in the tyres that are used can easily be found out but these days, alteration of tyres seems to be taking place in ways that are unacceptable. The major concern addressed by alteration is to re-tread the tyres. It is possible by cutting the tyre to create better depth. This is extremely dangerous. It is understood that the buyer will check the depth of the tread by putting something like a coin.

The destructive innovators have developed the strategy of literally cutting the tyre and increasing the depth of the tread. It will reduce the thickness of the tyre from the inner layer of it and there is a high possibility of a blowout because of the weakness of the tyre. It is almost impossible to identify whether the depth was created by the manufacturer or the seller or some other middlemen.

You May Also Like:Alert! Here’s How Old Tyres Can Prove To Be Hazardous For Your Vehicle

The three major factors on which the life of the tyres depend are the load that they carry, inflation maintained consistently and speed. Generally, people do not think while putting the load on a vehicle whether commercial or personal. In a typical family, people would not hire a public transport vehicle if the room in their personal vehicle is less than necessary. They would love to overload it. This is bound to hurt the tyres.

All of us are busy bees. We forget the important activities of a daily routine also. So please think how many people would be punctual in getting their tyre inflated from time to time. People are seen standing in the queue for petrol or diesel and not particularly for air in the tyre. They think that checking the air pressure is only necessary after getting the petrol filled. This is the second point of assurance that the used tyres are actually not as you expect. Or it is to be fairly accepted that the common bad habits of ignoring the maintenance of the tyres cost badly in the long run.

The speed of the vehicle is the third important factor that decides whether the tyre will keep working healthily after 6 years also or not. Everyone cannot drive so speedily but if one does not drive very fast so the performance of the tyre is going to be e good after 6 years also and therefore there will be no need of selling the tyre.

Unfortunately, used tyres are not sold under any legal considerations and the procedure of collection, inspection, and reinsertion is only looked after by the individuals. No technology is used in checking the actual condition of the tyres. It only depends on the discretion of the buyers to inspect them carefully.