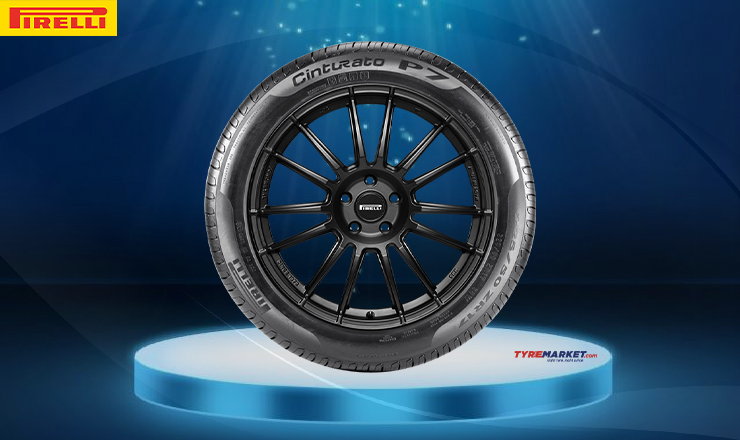 Pirelli Cinturato announced in a press release the debut of the newest addition to its renowned family of tyres, Cinturato P7, on its 70th birthday celebrations. The report further details the technological aspects of Cinturato P7. According to the tyremakers, it is an “embodiment of Pirelli’s 70 years of sophisticated and futuristic technology where tyres are made smart by connecting to the 5G network in future smart cities.”

On its 70th birthday, Pirelli recalled its origins, about how a simple idea of bringing innovation in tyres sowed the seeds that grew into the Pirelli tyre empire. In the history of tyre-making, Pirelli was the first to introduce radial tyres with textile and metal reinforcements. Pirelli endorsed its radial tyres with the tagline, “Fabulous new tyre with its own safety belt inside.” All the top brands and most desirable cars of those times had since adopted Pirelli tyres. Pirelli Cinturato tyres expanded into the sports and luxury cars market, with the development of CA67, CN72 and CN73 covers for luxury sports cars such as Lamborghini 400GT and Miura, Ferrari 250 GT and 400 Superamerica, and Maserati 4000 and 5000. Later, Pirelli Cinturato also launched CN12, CN36 and CN54 for road cars and rallying, and gained a foothold in the tyre industry. It was in the mid-1970s when Pirelli had truly left a mark in the tyres industry with its “groundbreaking” tyres with zero-degree nylon belt and ultra-low profile. Thus, Cinturato P7 was launched, and within no time adopted by Lamborghini Countach, Porsche 911 Carrera Turbo, and De Tomaso Pantera. Pirelli launched, p6, p5, and p7 and a combination of the tyres, and became a tyre brand that catered safety along with innovation.

Cinturato P7: A Revolution In Mobility

According to Pirelli, it’s brand new Cinturato P7 is the future of mobility as it was built on major concerns of road users, such as safety and efficiency. Its team of engineers developed a tyre that met conflicting tyre requirements such as resistance to aquaplaning, wet handling, dry-weather performance, and other extreme unexpected road conditions. As per Pirelli, its new tyre brand Cinturato P7 could be a boon not only to drivers but also car manufacturers.

Cinturato P7 could enhance the driving experience by allowing seamless travel on wet surfaces through its advanced braking system. The new Cinturato P7 tyres are designed to absorb bumps on roads and provide acoustic comfort, ultimately improving driving comfort. Pirelli Cinturato is also Formula One champions’ favourite, and its novel tyre brand, Cinturato P7, raises the bar and resonates with the style and performance demands of both millennials and Gen Z. Cinturato P7 has 6% more tyre life and is apt for offroading. The P7 has the “Run Flat” and “Seal Inside” components, which allow the vehicle to run smoothly in the case of a flat tyre. Most of the features of Cinturato P7 are made eco-friendly by improving the fuel consumption by 4% (on the WLTP cycle), reducing the rolling resistance by 12%, and reducing carbon consumption.

Cinturato P7 To Step Towards Sustainable Mobility Through 5G Network

Pirelli Cinturato said that its novel Cinturato P7 will be part of its existing Cyber research programme with an Italian firm that has been associated with a project of connecting a tyre to the 5G network in a smart city. The tyre will communicate through the 5G network to offer real-time feedback on tyre health and road condition. If successful, it will revolutionise mobility. Pirelli is the first tyre brand to attempt to connect tyres with the 5G network for monitoring because it is an integral part of a car and plays a crucial role in safety. A 5G-capable device in the tyres of a vehicle will warn the driver about road conditions such as aquaplaning beforehand. Pirelli states that a 5G-enabled device is basically a communication tool that will help augment the transport ecosystem and redefine autonomous driving systems.

Sustainability In Mobility By Pirelli Cinturato

The environment is becoming a global concern, and industries are being expected to play their part in reducing pollution levels. Automobile and tyre brands are also becoming involved in environmental protection through technology. To this end, Pirelli launched an all-inclusive premium e-bike hire service under its Cycle-e Around programme. E-bikes are generally electric-assist pedal bikes designed to withstand critical weather and road conditions. Pirelli is fitting its Cinturato Gravel tyres in e-bikes. The SpeedGRIP inside the tyres makes them adapt to wet and dry surfaces alike.

With Cinturato P7, Pirelli is expecting to make a comeback that will “transform the tyre industry and mobility, and contribute to sustainable growth.”