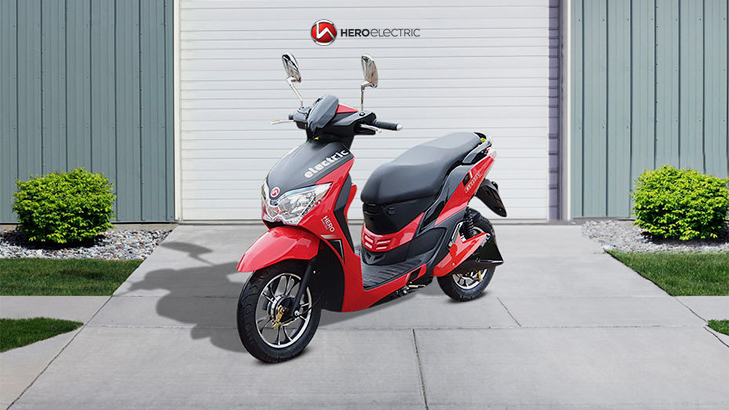 The all-new Dash scooter is a perfect combination of practicality, style and performance and is introduced with a powerful Li-ion battery that comes with a 3-years warranty. This means that if the battery drops less than 80% in 3 years, the company will replace it free of cost.

You May Also Like: KSL Cleantech To Launch New Electric Vehicles, Including Electric Scooters

As Hero Dash falls in the Low-Speed series, buyers will have to compromise on the speed front. The engine is not punchy like the standard petrol in-lined two-wheelers and it can return top speed of just 25 kmph. Hero Electric claims that as compared to the standard internal combustion engines, the ER range of scooters (Optima and Nyx) can save more than 1 lakh rupees in two years.

Buyers of Hero Electric customers will not have to worry about the servicing and after-sales part, as the company plans to have more than 1,000 customer touchpoints by 2020. Currently, Hero Electric has its 615 consumer touchpoints all across India. For the tier-II and tier-III cities, Hero Dash is going to be a great option in the EV category.

Let us know in detail the specifications and features of Hero Dash electric scooter.

Hero Dash e-scooter is introduced with a 48V 28 Ah Li-on battery and features the fast charging technology that can charge this scooter in just four hours. In a single charge, this scooter can run up to 60 kilometers. Besides this, the ground clearance of 145 mm makes this scooter efficient enough to run even on rough surfaces with ease. 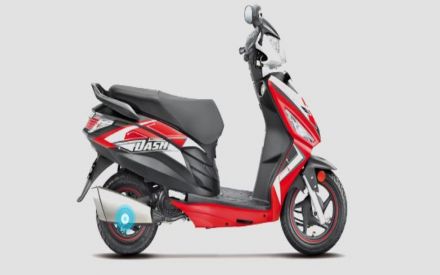 The all-new Hero Dash e-scooter is offered with plenty of exciting features which makes it stand at par to other premium internal combustion scooters. Here are some fabulous features of Hero Dash electric scooter:

Hero Electric has given a fabulous urban styling to the new Dash scooter. The set of LED headlamps along with Daytime Running Lights (DRLs) is quite attractive and gives it an altogether premium look.

Another highlight of the Hero Dash scooter is its contemporary digital instrument cluster. It displays all the key elements such as Battery Status, Kilometers Run, Speed and Indicator Signals.

Since the Hero Dash e-scooter is designed keeping in mind the Indian youth, it doesn’t miss the much-needed USB Mobile Charging Port feature. The USB mobile charging socket will never let your cell phone battery drain on the go.

Another thing that will bring some peace of mind to the owners of Hero Dash is its tubeless tyres. These tubeless tyres will come shoed to attractive black alloy wheels.

You May Also Like: Hankook Launches Kinergy AS EV, The Second Generation Electric Vehicle Tyre

The Dash e-scooter is nowhere near to the clichés of two-wheeler designs and looks. Hero Electric has given this two-wheeler a stunning appearance, especially by making it available in a dual-tone colours, grey and red..

In terms of convenience too, Hero Dash e-scooter is a rightful choice among all the electric vehicles available in the market. It not only gives you the functionality to charge mobiles on the go but adds more convenience through remote boot operation.

Chrome rear view mirrors are another icing on the cake in Hero Dash’s design and look. The set of such chrome mirrors are usually seen on premium bikes like Bajaj Avenger, Royal Enfield Thunderbird etc.

The Dash electric is offered with a comfortable seat that can accommodate both riders as well as the pillion. The seats are wide enough and give comfy thigh support, both to the rider and pillion.