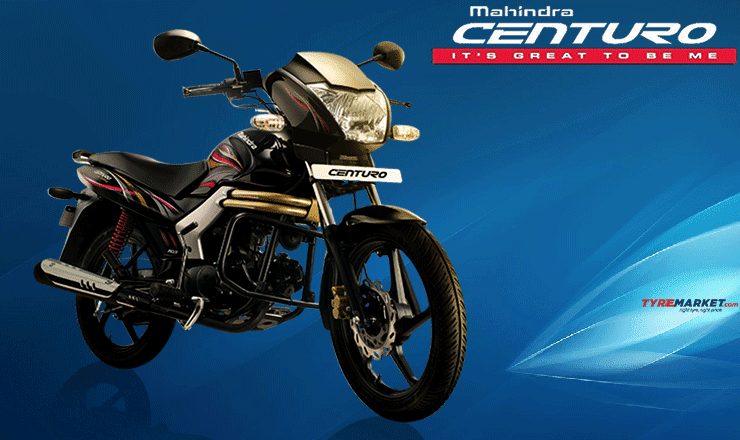 When launched in 2013, the Mahindra Centuro was aimed at adding a hint of colour to an otherwise boring commuter motorcycle market. It had golden ribs, larger-than-usual headlight, five-spoke alloy wheels and boasted of tech features only seen in passenger cars. The Centuro was available in five different variants – Disc Brake, NXT, Rockstar, XT and the Mirzya. For simplicity, we’ll stick with the disc-equipped version.

The Centuro is powered by a 106.7-cc single-cylinder, air-cooled engine rated at 8.4 bhp and 0.87 kg-m of power and torque. It has a four-speed gearbox and features telescopic shocks in the front and twin shocks with a tubular swing arm at the rear. Apart from the fresh looks, the Centuro comes with a very car-like key-fob, ‘find-me’ lights, a large multifunction display for the speedometer, odometer, the trip-meter, clock, service indicator, and a distance-to-empty readout. It also has a claimed fuel efficiency of 80 km/l which makes the Centuro one of the most promising bikes in the commuter segment.

The Mahindra Centuro uses a 2.75 – 18 tyre in the front and a 3.00 – 18 tyre on the rear. This means that the front tire is 2.75 inches wide, while the rear one has a width of 3 inches. The rim diameter is 18 inches, and these sizes, by the way, are identical to those prescribed for most bikes in the 100-cc segment. While buying tires for a Mahindra Centuro, there aren’t too many options to upsize, since the rim diameters are unique to this class of motorcycle. Also, Michelin offers a front/rear fitment tire, but it should only be used after consulting a mechanic.

The Mahindra Centuro is designed to extract the maximum possible mileage from every drop of fuel. The slim, 2.75-inch tires offer very low rolling resistance. What is rolling resistance? It is the resistance to rotate. This resistance is over and above the friction between the tires and the road. Every tire is built out of rubber compounds, carbon black, silica and other additives. All these come together to offer as little resistance to motion as possible – reducing fuel consumption. On the other hand, the narrow tires make the Centuro prone to skidding under heavy braking.

The Mahindra Centuro is designed to do one thing – go as far as possible on a single tank of fuel. The company claims a fantastic 80 km per litre, but in the real world, you should be looking at a little over 60 kilometres per litre. To achieve this, Mahindra has put in a lot of thought, especially in the lightweight chassis and the gearbox. The motorcycle does not have ABS, so panic braking will lead to disaster. Keeping the low weight, moderate speed and lack of ABS in mind, you should look at a tire make that offers good all-round grip, low rolling resistance, superior wear rates, and long life.

While selecting tires for the Mahindra Centuro, you need to consider the following things – daily usability, budget, and life. Another thing – buy tyres in pairs. An MRF front will not go well with a CEAT rear because tread patterns are designed in a complementary manner. Overall, Maxxis makes the best budget tires, while the Michelin Sirac Street is reputed to last the longest. Here’s a table to simplify things. MRF tires offer the best value overall if you’re looking for a make that is readily available and is backed by a strong brand reputation.

List Of Indian Scooters With Their Tyre Sizes And…
wpDiscuz