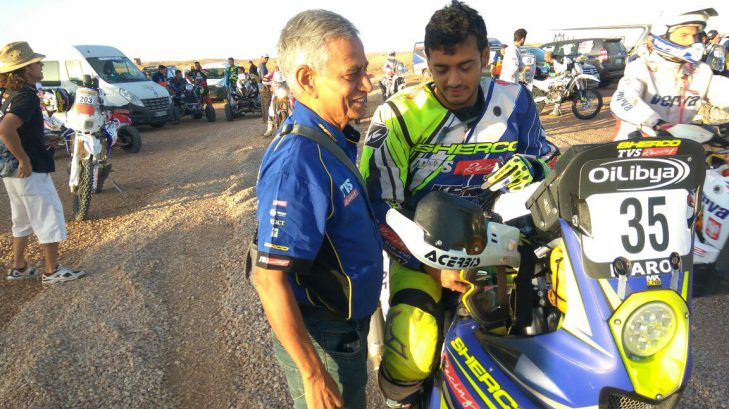 The results for the Stage 4 of the 17th OiLibya Rally of Morocco are out and in the 450cc class India’s Aravind KP has successfully retained his 19th position. Aravind KP, who is representing Sherco TVS Rally Factory Team along with his foreign teammates Juan Pedrero and Adrien Metge, witnessed a marginal fall in his overall ranking to 28th spot, while the FIM rank including quad bike is retained at 20th. With eyes set on the final stage of the breathtaking rally, which happens tomorrow, the young Indian is all geared to seize the finish line on a high note.

Currently, team members Juan Pedrero (from Spain) and Adrien Metge (from France) stand at 9th and 12th position in the similar 450cc class category. Moreover, when it comes to overall ranking Pedrero acquires 9th spot, while Metge is seen standing at the 12th in the leader board.

Earlier, the end of Stage 3 observed Sherco TVS’ Aravind KP raid into the Top 20 with his 19th rank in the 450cc class. Here his overall ranking climbed to 25th spot with FIM ranking of 20th, which includes quad bike. Likewise, his teammates Juan Pedrero stood at 8th rank and Adrien Metge at 12th in the 450 cc class. Overall, in the ranking charts, verall, in the ranking charts, Pedrero and Metge stand at 8th and 14th spot respectively.

The 17th edition of the OiLibya Rally of Morocco is scheduled from 1-7 October 2016. The event witnesses more than 1,000 participants, which comprise of 300 competitors at all levels contending for the magnificence. 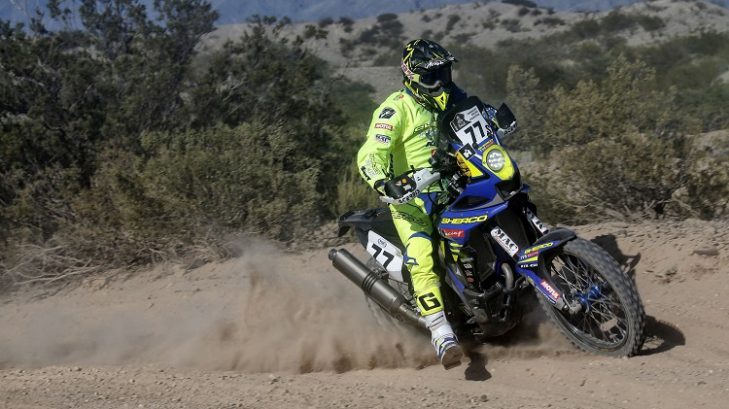