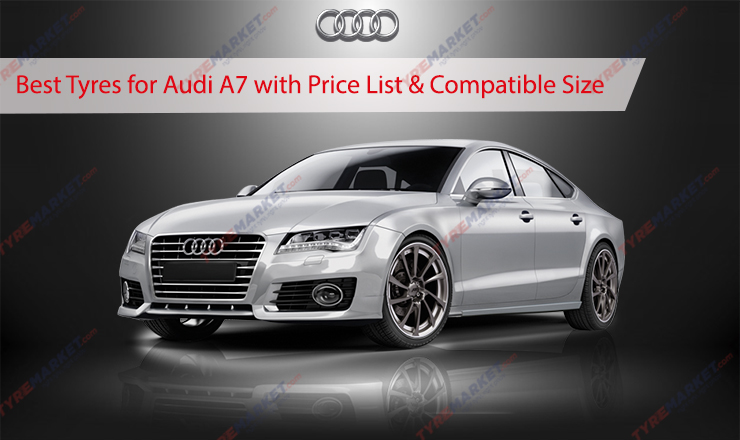 Audi A7 was first previewed to the world at the 2009 Detroit Motor Show as a concept vehicle. A production-spec version was later showcased to the media in 2010. In India, the luxury saloon made its appearance in the year 2011. Audi A7 was supposed to be the ultimate blend of a Sportback sedan, sports coupe and station wagon all put together as one ultimate offering. The luxury sedan upon its launch went on to become the favourite among the elite class instantly. Imported as a CBU (complete built unit), the plush Sportback saloon is currently no longer a part of Audi India portfolio.

Know more about Audi A7…

On its launch Audi A7 was priced at Rs. 65 Lakh ex-showroom, New Delhi.

The Audi A7 was priced at around Rs 65 Lakh (ex-showroom) and was positioned between its A6 and A8 sedan siblings. The car was offered with a highly refined TDI diesel motor. Also aiding A7 in its popularity was the car’s large proportions. The luxury car competed against the likes of BMW Gran Turismo and became the ultimate choice for someone who was looking for an offering that can provide both luxurious interiors as well as sporty motoring experience.

Inside the cabin of Audi A7, we find wrap-around fascia and extensive use of soft to touch materials across the cabin. There is also a substantial use of glossy wood inserts that run across the dashboard along with brushed aluminium garnish. The four-spoke steering wheel is electronically adjustable and sits in front of paddle shifters which are offered as standard. The steering is also the host to the audio and video control toggle. The instrumentation cluster also includes a 7-inch multimedia interface colour display. Some other feature highlights of Audi A7 include four-zone automatic climate control, a Bose surround system which comes integrated with TV / MP3 / CD/radio and DVD compatibility. The entertainment system is also compatible with iPod and USB drive inputs. The party piece of Audi A7 is the night vision assistant which helps improve driver’s range of sight by detecting pedestrians by using thermal imaging cameras that are housed in the front grill.

To ensure that the driver is not distracted while cruising at high speeds Audi has also offered a heads-up display in A7 which displays vital Information onto the windshield eliminating the need for the driver to constantly check the speedo.

Below displayed is the table that will help you to understand what type of tyre size fits in Audi A7 sedan variants.

Tyre Brands Available For Audi A7 Variants Along With Price & Warranty

Open the below link for the best tyres for Audi A7 variants that will help you choose your best fit: