Roadtales  >  Overlanding in the Himalayas #1: The Itinerary 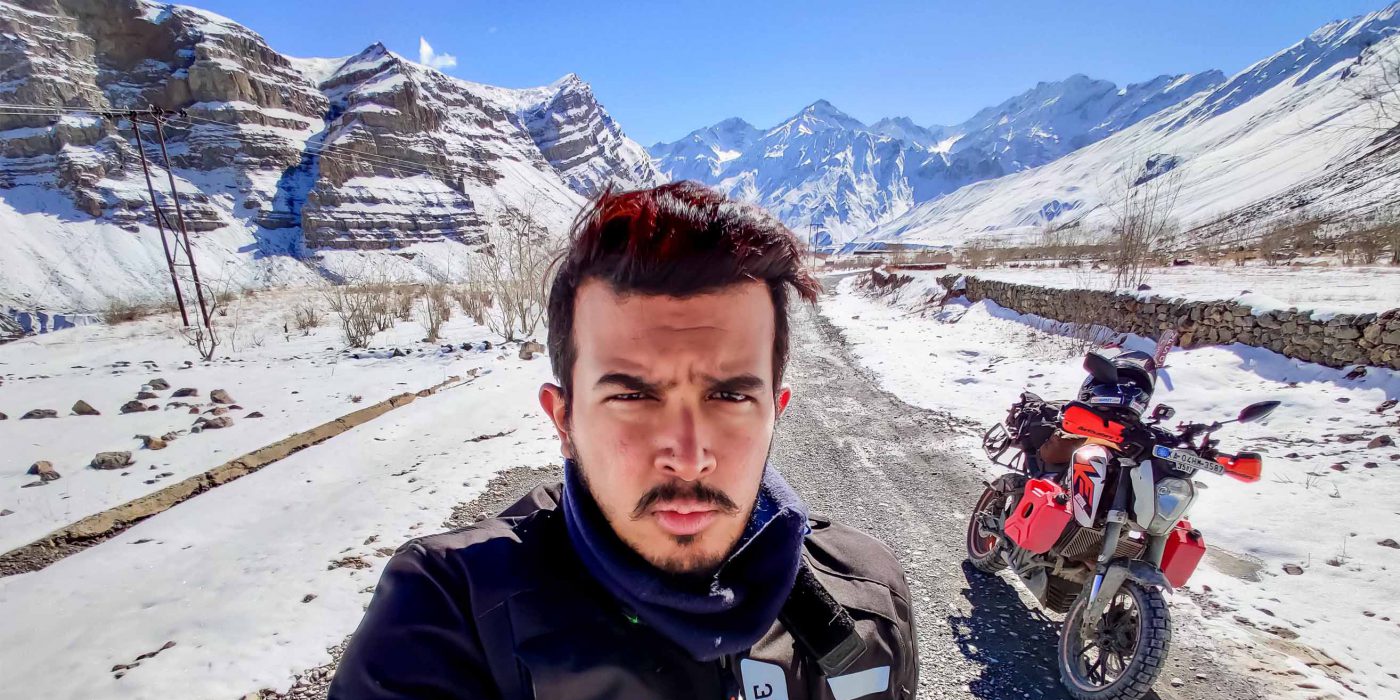 Overlanding in the Himalayas #1: The Itinerary

“Seven years ago, on a Saturday night, I lay in my friend’s room sleepless, looking up at the ceiling. He had been on a short bike ride with a Yamaha riding group the week before on his Honda Passion and although he’d enjoyed the ride, they didn’t include him for the group photo owing to the fact his bike was smaller compared to theirs. That feeling of discrimination stayed with him the entire week and gave him the idea of starting a riding club of his own. A club where no one would be discriminated on the size or price of their bike or anything else. That night, he spoke with such passion for biking, that I lay wondering if I would ever have that kind of passion in me. For, till then, an 18-year-old me had none. With every passing week, his passion grew stronger.  And with every passing week, so did my hunger to find my passion.

A few months later he started his biking club and named it Battalion Bikers. I didn’t have a motorcycle then, heck, I didn’t know how to ride one. He bought a new Bajaj Pulsar180 and with such love taught me how to ride it! In a few months, he took me on my first ever ride to a place near Bangalore called Devrayandurga. I rode a KTM DUKE 200 belonging to a friend for the first time and made my decision to purchase that! I came back home gleaming with joy and with a great desire to get that Duke 200!

On March 24th 2013, my desire was fulfilled and I had a black 200 parked in my garage. As much as I loved riding it, as a teenager what I really wanted to do was to show it off more than to ride it well. Within a month of getting it, I had my first newbie fall. Another fall within a month and this went on for a good 5 months during which, I hit a dog, missed my exams and also had to give my bike away. Five falls in five months which immediately led me to become the laughing stock amongst my friends.

I’d never faced such embarrassment in my life. But, as they say, some things are meant to happen, so was this. This was the best thing that ever happened. I picked up the book Twist of the Wrist by Keith Code. I watched his films on YouTube and practiced what I’d learnt once a week on my friends Pulsar 220. Week after week, I started becoming a safer and a better rider. This time the desire was not to show off, but to learn the art of motorcycle riding and if possible try to master it. And the drive to make that happen was ever-increasing. It was like a fire burning in my heart. I didn’t know what it was then, but a couple of years later I realized that that’s what they call “Junoon” or “Passion”.

I spent the next three years covering a bit of South India with each ride. I had my first solo ride in 2016 towards Orissa. And in Dec 2017, I set out on my longest trip to date, a 2 month 10,000km trip, which extended to four months, 20 Indian states and 18,000 kms, a broken collar bone and gave me a thousand new friends, a million memories and made me realize the purpose of the beat of my heart – travelling.

I’m Manjusagar a.k.a Mentl Manja. Follow me as I embark on my next long journey to conquer the Himalayas of India, Nepal and Bhutan for 4 months.”