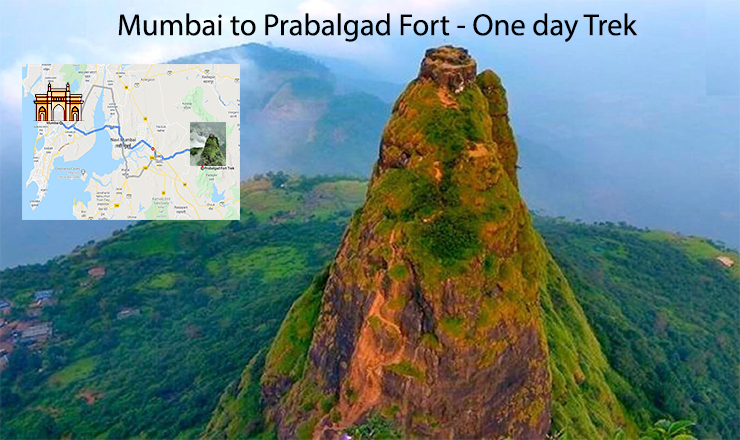 Mumbai is kind to both beach babies and mountain lovers. The beaches and mountains that are spread in and around Mumbai make the perfect getaways. While I love going to the beaches, I look forward to the occasional trekking trips. Maharashtra is home to the Western Ghats, which means there are a ton of trekking spots across the state.

Luckily, there are a number of great trekking places around Mumbai that would please any trekking enthusiast. Prabalgad Fort is one of them. After multiple delays in the plan, it finally came to fruition.

How to Reach Prabalgad Fort

Prabalgad Trek is located near Panvel and is 65 km from Mumbai. We drove till Panvel from where we headed to Thakurwadi, which is the base village for the trek. We grabbed an early bite from our homes itself so that we didn’t have to stop on the way. 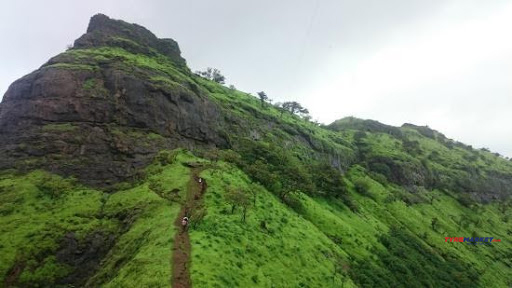 However, if you can’t do that, you can stop at McDonald’s in Panvel. It opens early in the morning and you can have a good breakfast there.

Also known as Pradhangad or Muranjan, the Prabalgad Fort lies at a majestic height of 2,300 feet or 701 metres. This is a moderate trek that even beginners can finish easily. It was built by the Bahmani Sultanate and the fort witnessed the rise and fall of powerful kingdoms, such as the Marathas and the Mughals.

Prabalgad Fort is settled on a top of a plateau and consists of a sister fort which is named Irshalgad Fort. Another fortress close to Prabalgad Fort, Kalavantin Durg, is one of the most difficult treks in Maharashtra. It shares the same base village as Prabalgad and is famously known as one of the world’s most dangerous treks due to its steep climb.

As we trekked our way up, we took a ton of pictures and stopped at multiple spots to enjoy the views. Make sure you don’t rush through the trek; rather enjoy it at your own pace. There is a lot that this trek offers, which can only be experienced if you are present in the moment instead of focusing on reaching the top as soon as possible.

After you trek, you can come back to Thakurwadi village to stay for the night. The locals are warm and welcoming. That being said, camps are one of the most popular ways people choose to stay.

You can pitch your tent on the open land near the fort and sleep under the starry skies. It is a one-of-a-kind experience that you wouldn’t want to miss. Inform the concerned people beforehand if you want to stay in a tent. Or you can carry your own tent and set up camp wherever you want.

We chose to stay in a tent and I must say it was one of the most incredible experiences ever. At the end of the day, we were all tired from the trek and a calm night under the stars was exactly what we needed.

There are a number of snack shacks on the way to the fort. However, it would be wise to carry sufficient food and bottled water with you on the trek.

There is a home restaurant in the village where you can place an order for the food to take for the tent stay. They serve authentic, lip-smacking Maharashtrian food. We packed it and took it with us on the trek.

We ate so much that walking further didn’t seem possible. But, eating such a delicious meal after the trek was truly a delight.

Places to Visit Nearby

If you have more time on your hands and feel like you could take on a bigger challenge, head over to what is considered as one of the most dangerous treks in the world – Kalavantin Durg. 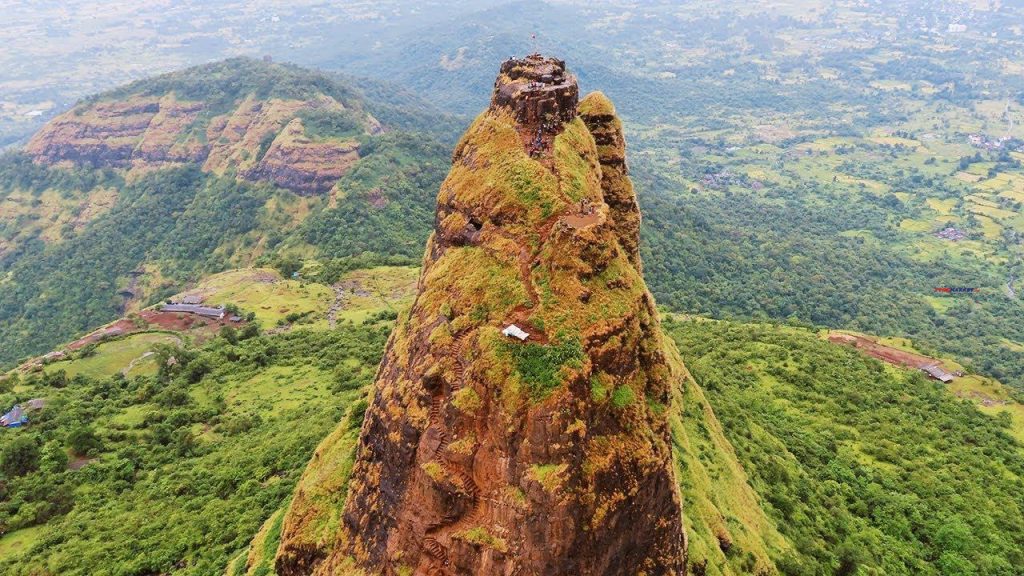 According to a legend, it was built in honour of Queen Kalavantin. Once you reach the top, you will have stunning views but the climb itself has a notorious reputation. The terrain is rugged with narrow cut steps. The scariest part is that there is no support to these steps which makes the trek equally dangerous yet adrenaline-filled.

The trek is also known as ‘Climb to Heaven’ as you get a heavenly, bird’s eye view of the surroundings when you reach the top.

You should avoid this trek if you have vertigo as it’ll prove to be extremely dangerous. You might get dizzy and getting down would be next to impossible in such a scenario.

If you do not pack the right things before the trek, you may not enjoy it as much as you could. Here are some things that you must carry:

Make sure you wear comfortable clothes and the right pair of trekking shoes. Do not even attempt to trek in your regular shoes and sandals. Carry a camera to capture your trek. A phone camera would also work but make sure you take a ton of pictures. This trek is worth looking back on.

It was a one-day trip was for us. Though we wanted to do the Kalavantin Durg trek, we couldn’t due to the lack of time. Well, it is a journey for some other time. Thankfully, the Prabalgad Fort trek was an easy one so we weren’t too sore the next day. It was truly a day well spent.

If you are trekking enthusiast and haven’t been to this fort yet, it’s high time you did!